Project Client: ARRS Public Agency of the Republic of Slovenia for Research

Brief summary of the project:

The economy of the Far East of Russia is transformed in such a way that it is no longer based on state infrastructure projects, but on large investment projects based on a public-private partnership. Further socio-economic growth in the region is impossible without foreign labor migrants and entrepreneurs. Both labor migration and the participation of entrepreneurs from abroad must be based on effective logistics. It must be borne in mind that over the past twenty years, the demographic loss of the Far East has risen to about two million people. Federal programs for relocation of Russian citizens from the Russian regions to the Far East are insufficient. The increasing number of cross-border long-term and short-term migrants causes a greater impact of the migration factor in the socio-economic performance of the region. Therefore, the increasing number of cross-border migrations in the Russian Far East will represent the emergence and development of ethnic areas. It will be crucial to determine whether cross-border migrant workers are short-term immigrants or create a consolidated community that operates their networks in different areas of the social and economic area of ​​the region. According to the request of the Russian Federation for extra workforce and for additional population increase, migrants from abroad and also foreign entrepreneurs are a special place as a tool for achieving the goals of the country. Cross-border mobility with accompanying logistics, especially on a large scale, is a long-term phenomenon that will determine this economic phenomenon economically, ethnically, culturally, politically and define the geopolitical strategy of the country. These demographic processes take place in the context of an emerging market in the region and engage in a global economy in the framework of open borders. The fact is that only foreign migrants can meet the growth of labor demand in the region. Of course, this situation is completely new and unknown to Russian society. 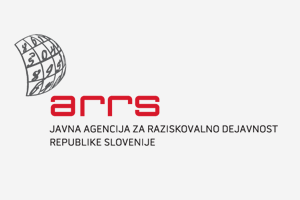